The Earthquake and the French 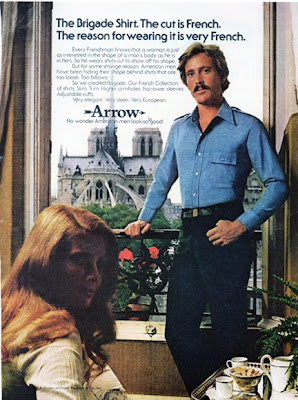 One of the sources that I have been following post the earthquake has been information from the British embassy and the British governments Chief Scientific Advisor, Sir John Beddington (very British name indeed). They have kept up providing calm and levelheaded updates on the situation and what should be done. Yesterday another very informative summary was released via the British Chamber of Commerce (read it here).
One thing I found amusing in particular is how he can't avoid kicking a little on the French and their more drastic recommendations to leave Tokyo and shipping French nationals out of Japan. I quote from the transcription:
"Q: Why is the French giving different advice?
Sir John: Their advice is not based on science."
Nice one indeed Sir Beddington!
A Japanese friend of Mrs. Sunshine married to a Frenchman saw her husband going into panic and literally made his wife and kid run away in the night with him to the first flight out of Tokyo last Tuesday, with no intention of ever coming back, leaving everything behind as it was and stopping the wife from notifying her company that she wouldn't be back to work, ever.
Seems like the French government did a great job fueling the panic while the Brits maintained a stiff upper lip! I'll keep listening to Sir Beddington, thank you very much.
Posted by Mr. Salaryman at Saturday, March 19, 2011

The 100 year war never ended. Glad France is drooling to bomb the shit outta Tripoli though.

The international community mover real slow when compared to Egypt.

We loan Egypt billions.
Libya got their own money (oil)

Amazingly simple how that affects decision making. Protecting civilians is as simple as how much the listener (rights abuser) needs to listen to you.

Nobody as petulant as your stereotypical Parisian waiter could be anything but deeply insecure. Now I haven't met everybody from France... but there a lot who just don't help themselves. On 'fuckedgaijin', "French" has become an insult for people leaving Tokyo.

Now I learned that the failure of the Maginot Line, Vichy France, Dien Ben Phu, and the necessity of the Royal Navy destroying the French Navy to keep it from the Nazis were all failures of tactics and strategy. However, they all have one thing in common...

On an even less mature note, this: http://hanlonsrzr.blogspot.com/2011/03/french-embassy-in-tokyo.html

Now now, let's be nice to the French for a little while. In one way I can understand the reaction, but it's their foreign ministry who is to blame creating a panic mood among the French in Japan.

But I guess it's too much to ask for some government to make decisions based on scientific facts and not tabloid media horror stories...

I admit that I've never been so embarrassed to be French these days. I'm almost planning on telling that I'm Canadian or Belgian next time I'm abroad.

Japan was one of the last countries in the world were the French were respected, and so it goes.

I've had a few inside info from the French embassy in Tokyo and apparently it's all political (and you don't really need that inside info to figure it out). If anything had happened to any French national in Japan, Sarkozy wouldn't have survived it politically speaking. Same reason he's going after Libya now, safe ground for turning public opinion in his favor, let's hope he doesn't turn it into France's Iraq in the process, if he does, I'm afraid he won't physically survive it, his head may just literally roll.

Yet, shame on the French people in Tokyo that fled and believed our government lies (after so many years, you'd think they can tell the difference)

Apparantely the French foreign minister is keen to make a name for himself as well, which might explain a lot.

The British embassy is distributing potassium iodide pills to British nationals over the next few days by the way. Might be worth picking up a few in case the worst does happen...

Dear Mr Salaryman,
Following the 'foreign' media/press in the wake of Japan's disaster(s) is depressing. I see your point about Sir Poppies Sidebottom however if only he was the person people in Britain (General Public) were listening to. This is more along this lines of what everyday people are getting and thinking
http://www.dailymail.co.uk/news/article-1367524/Japanese-tsunami-earthquake-Nuclear-fuel-rods-exposed.html
Cheers, glad you and your family are safe,
Take care, Olivia

Hey David, wish I had met more French people like yourself. I'm a Canadian, though not Quebecois. If it were up to me you'd have a Canadian passport. Hang in there.

The Australian government is advising people who don't have a really good reason to stay to leave. They aren't saying that you will die in a week if you don't though.

Impressed and glad that you are still here blogging. I`ve missed you and all your thoughts on the French!

As a Brit, I thank you. But, I feel embarrassed at the scare mongering from all sides (yes, Sun and Daily Mail, I'm talking to you). Panic won't help anyone.

What's this about H&M moving to Kansai?

David - Well, nice to see/hear a sane sensible French guy that has the common sense to question the government ;) But I see where you're coming from and it makes sense that it's just politics, annoying to get caught up in that...

JA - Yeah, I picked up a bunch from the Swedish embassy, but gave most of them away to colleagues with small kids in the office, me and the wife are almost over the hill anyway

Olivia - Yep, Sir Poppers Bedwetter is a trooper and I'll listen to him anytime! But does some British people actually believe what they read in the tabloids?

Aimless - Yeah, can't really argue too much with that stance; not just because of Fukushima, but the infrastructure was a mess and not really conduitive to tourists at the moment

Lea-Chan - Haha, well, I never left ;) And in fact, in a little bit I'll come back to the French debacle in another post!

Saraf - Yeah, interesting how those two completely different views can co-exist actually; the stiff-upper lip and calmness in adversity vs. the tabloids, is it a class thing or something?

Octopus - Don't mention H&W, ridicilous, their source for correct information must be the above tabloids (the Swedish ones hasn't been much better either)

I'm french and did not leave. Maybe too scared to lose my job ahah lol !^_^