Post-Disaster - Dawn of the bottom feeders 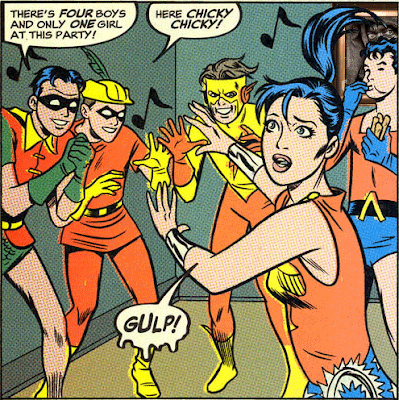 Our resident Badboy mentioned it earlier in his blog as well (see here), but it is something that I feel is important to bring up as well. Foreign media is very keen on simplifying things and make it black and white; still talking about the "doomed Fukushima 50 trying to keep the Fukushima plant under control even though they know they will die" because of the great dramatic setting that this scenario sets even though the connection with the reality is very fleeting.

Also, racism is something that is bound to annoy me. Positive racism is no exception. The foreign media loves to focus on how everyone is behaving calm and orderly with no looting or exploitation of the survivors of the disaster in the worst affected regions. Ok, in terms of magnitude, I think that the Japanese situation has been very mild, partly due to cultural reasons, but also due to the situation. However, stories of looting are now becoming more frequent with people returning to half wrecked homes to watch over their belongings due to a rash of looting in the partially ruined towns.
Something that I consider as bad are the other type of bottom feeders that are now coming the surface now preying on people's fears. Promoting Potassium Iodide as a miracle radiation vaccine for outrageous prices, people collecting money for "charity" (with the concept of "charity begins at my own home") and chain e-mails created just for the purpose of promoting fear with false information.
I think that the people in Japan (foreigners and Japanese alike) can and should take some pride in how calmly this crisis has been met, but to completely portray the situation as "no looting or exploitation at all" is wrong to begin with and in the longer run, does more harm than good to the image of Japan and the Japanese. When there is disasters like this, there will always be scavengers and bottom feeders around to try to take what they can get from people that have already lost almost everything and Japan is no exception.
(this week, baby Sunshine has savagely looted and extorted almost all of my precious sleeping time so I have not been completely shielded either!)
Posted by Mr. Salaryman at Wednesday, March 30, 2011

THANK YOU! SO sick of these idiot Japanophiles perpetrating the "no looting" myth.

I assumed some looting would occur. However, the post that the always over-the-top BadBoy sited is correct in terms of the scale of the behavior compared to the LA riots, which I doubt BadBoy was even old enough to remember, and Katrina.

And regarding the "Fukushima 50," whatever the actual number of men involved in these doomed efforts to "fix" the reactors (they should have been buried in cement a week ago), a good number of them are sure to die early deaths from cancer. In particular, if you've been in contact with water radioactive enough to give you burns, you have been severely irradiated.

Nice post, Mr. S. I'm on board with you and Chris. Japan may have overall lower crime rates than most other countries, but Japanese people are still human beings. And where there are human beings, there will always be some good people and some bad people who will take advantage of a bad situation whenever possible.

Blue shoe summed it up. Humans are humans wherever you go, good and bad happens everywhere,Japan included.

slightly off-topic, I noticed your Embassy until recently was recommending to take Iodide every three days for the past weeks. (In a non-judgmental way) I am curious as to whether most Swedes here have been following that recommendation, which seemed very different from many other countries' stance.

"Also, racism is something that is bound to annoy me. Positive racism is no exception."

This is what stimulated my original post. They were being extremely racist...even if it's positive, if it's citing a particular races ability to do______ better than another your starting down a slippery slope.

The worst was that they were just flat wrong. Easily to prove. It was not a condemnation of the people (they are under ENORMOUS stress and they are in some cases without options (in other cases it's just bad folks) but the Media..MAJOR Media outlets were perpetuating a falsehood.

I'm still getting visits from SLATE, Huffington post, Telegraph U.K. and several forums that linked to me for their own reasons.

The Media is what blew me away.

Jeff - Best to comment on Badboy Chris's posts on his blog. My point was not to demean the effort and dangers that working with containing the plant situation is; it was regarding the media and the so called "Fukushima 50" when there is no such thing

Blue Shoe and Saraf - Yep, exactly, it doesn't reflect badly on the Japanese to show that they're humans just like the rest of us

BiJ - Not sure what was up with that, I collected my drugs, gave basically all of it away to colleagues with small children and didn't take any as I saw no need, don't think many did follow the recommendation

Chris - I couldn't agree more! "Positive racism" is indeed a slippery slope down to a dark and nasty place! Like you say and showed, it's extremely easy to find articles and evidence of all kinds of nasty things taking place after the disaster - claiming that no looting occurred is the outrageous statement

(Oh, and I should also add that I like it how no one comments on my extremely inappropriate pictures to my more serious posts)

I'm guilty of missing the pic and it's appropriateness.

If you were saving that it's perfect timing and if you just found it....lucky cuz it fits perfect!!

Here's an interesting eyewitness account that does mention looting and is worth reading... from a Canadian living in Japan.