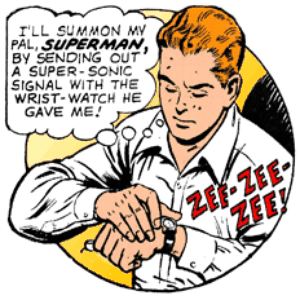 The Japanese mobile phones have a quite good emergency warning service for impending quakes, sending out a loud alarm siren like signal and e-mail warning when a new strong quake has been predicted. The purpose is obviously to make sure that people can put themselves in safety before the quake hits, the problem is that the advance warning is so incredibly short, between 5-30 seconds that you have no time whatsoever to make funeral arrangements or say good bye to the loved ones.

If you happen to be in a reasonably safe place, you can get time to dive under a desk, grab some necessities and head outside or under a doorway or so, but my big issue is when the alarm comes when you are in a location you *REALLY* don't want to be in, such as in the subway with nowhere to escape within half a minute...
That most of the quakes that has come after these alarms have turned out to be quite minor ones is also a bit frustrating since the alarms induce cold sweat and mild panic in me in case in it would be another BIG one but then just ending up as minor farts giving it a bit of an anti-climax (in a good way though, but some decent panic build up completely for nothing).
Otherwise, not much to report other than can be seen on the news. The "rolling planned black-outs" that were supposed to start from this morning have not materilized for some reason, keeping us in the dark as to why they're not keeping us in the dark (witty, huh?).
Posted by Mr. Salaryman at Monday, March 14, 2011

Agreed. Can I also add that the warnings only come half the time? There's also the fact that if the epicentre is close enough to cause real threat, the warning will come after you're dead. Useless: I would turn the alarm off on my phone if I could figure out how; at night or when my baby is sleeping, I have to turn the entire phone off. Yay 'Japanese Razor': if there's a more intelligent way to do it, 'it's not Japanese culture'.

While I am on a rant, It's about time to disembowel the bosses at Tepco and bring in someone who knows what their doing.

Huh!? There's such warning system??? I'm kinda worried about the nuclear reactors instead...

Hey I came in late but glad to know you and the Salaryman familly are ok!

Things must be quite hectic now. Did people went to work "normally"?

ANd to make my post a bit "Salaryman"...think about this:

Fernando, there are a lot of jokes one can make, but now's not the time.

As for the nuclear not so bad: three explosions?! Are you in Kanto with a 9 month old? I am.

I apologize if my joke tocuhed a nerve, you are right, it is not the time.

Now about the reactor, I am not saying is good, I know it must be very worrysome to live near the reactor, and yes things are graver than what Tepco wants people to think, but is not as bad as to put lives in danger yet. The explosions have been product of the hydrogen relaeased when they tried cooling down the reactors with sea water, the hydrogen then mized with the oxygen and caused the explosions. IF the concrete coffin that encloses the core, that is the alst line of defense, is still intact there is nothing to get dreadful worry about. On the other hand reactor #2 has shown small proof that could lead to clnclude that the coffin has been compromised, therefore people have been evacuated.

Again I can´t start to talk to much as I am not leaving near the affected area nor I have a 9 months old in my care, but panic won´t solve the issue at hand either.

Eva- Well, frankly, I don't think you're missing out on much, but it's on the docomo phones at least

Fernando - No worries from me, I'm lucky in that no one I know personally is affected directly by the disaster and personally I'm personally not overly concerned about the situation in the powerplants; granted it doesn't seem good but no need for panic or running head over heels away