...is anyone left in Tokyo? 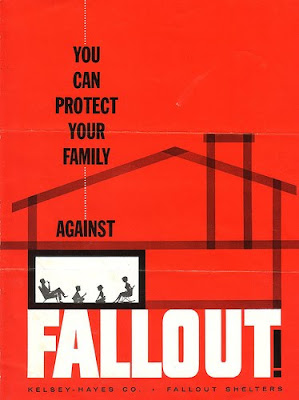 Last Sunday, Mrs. Sunshine got a mail from her friend who had been "forced" by her French husband to leave everything behind and run away to france (read here) asking her "have you guys also gone to Osaka now, is there any people left in Tokyo?". Just as things were really starting to go back to almost normal life here in the Tokyo area. Mrs. Sunshine quickly replied back "Yes, we're all here and it's calmed down a lot now on the quakes, supply of stuff and the Fukushima is scary, but it doesn't seem like it will affect Tokyo in any case, we're not going anywhere".

A few minutes later a reply came again "Really? Crap, I'll call my boss, maybe I can make it back to Japan and come into the office on Tuesday if they haven't fired me!". Maybe she explained that her husband is French and that was the reason they ran away in the night or they just really liked her, because they apparently had not yet fired her in the absence and welcomed her back and even gave her an extra day off since she had problems finding a flight on so short notice.
,
I guess there's a lesson in here; even if a French guy tricks you into running away with him, you can still run away back to where you came from!
Posted by Mr. Salaryman at Tuesday, March 22, 2011

Guess she got an excused absence on account of national disaster. Or being married to a Frenchman. Take your pick.

If I had to make a personnel decision, yes I'd give her the job back on one condition: she's no longer married to anyone who will make her 'do a bunk'.

Seems we Swedes are staying. Except the H&M types, who wimped out and moved to Osaka!

"even if a French guy tricks you into running away with him, you can still run away back to where you came from!"

That should be printed on something official and distributed to the relevant people. :)

The real question is of course, "are there any French people left in Tokyo"?

love it. hey Mr Salaryman you might have addressed this already but can you tell us why all of the Ministers are wearing the blue jumpsuits at all of the conferences? I could have a guess of course but really interested in your thoughts on this.
Thanks! Cheers, Olivia

The best lessons learned are from others mistakes.

But not marrying a French man is a no brainer.

"Hi. Excuse me. I have a French husband and that's why I dodn't come to work last week. Hope you don't mind." I'm storing that one up for future use. Of course, I'll have to find a French husband...

Martin, let's face it: the Swedes are only staying because they have nowhere else to go. Uh, same can be said about my country :-(

Blue Shoe - Yeah, I think being married to a Frenchman would count as a natural disaster?

Martin - Yeah, what's up with them? I actually don't really believe that many of their Japanese staff actually ran away to Osaka

Chris - Yeah, when it comes to the French, running away should always be an option

Olivia - Yeah, I find that really annoying, I think I will review that in a bit

Martin - Maybe, just maybe it would be ok to marry a french woman, but never ever a man!

BiJ - Well, maybe the -15 degrees is the reason why people are rather staying?